Lockdowns, shutdowns of ports and border closures are taking their toll on the economies of South Africa and Zimbabwe, with informal traders and agricultural producers hit especially hard. Tendai Marima reports from Bulawayo.

From Angola to Zimbabwe, Southern Africa’s fragile economies are rattled by the coronavirus pandemic. Countries in the region have declared states of emergency and imposed lockdowns, shutting borders, sea ports and reducing daily business activity in order to curb the spread of the virus and protect vulnerable communities. The impact on agricultural producers and informal traders is likely to be severe.

South Africa, the backbone of Southern Africa’s economy, had confirmed over 3,300 cases, the second highest on the continent, at time of writing. To curb the spread of the virus, the South African government instituted a strict six-week lockdown which has kept all but essential workers confined to their homes.

The pandemic was the last straw for ratings agency Moody’s, which finally downgraded South Africa to junk status

While the lockdown and an effective testing regime are likely to bring much-needed relief to the country’s fragile healthcare sector, which can ill-afford to deal with a pandemic, the restrictions mean that South Africa is at risk of slipping into a severe recession. The pandemic was the last straw for ratings agency Moody’s, which finally downgraded South Africa to junk status in late March after months of prevarication.

The IMF expects the economy to shrink by 5.8% this year, a tough blow for a country desperate for economic growth to alleviate unemployment, and slowly acclimatising itself to President Cyril Ramaphosa’s gradual reforms.

On 21 April, Ramaphosa announced a R500bn ($26bn) economic stimulus programme amounting to 10% of GDP, and said South Africa had approached the World Bank, IMF and the African Development Bank to help fund the package. The “massive social and economic support package” will include R200bn in loan guarantees and tax deferrals for firms with more than R100m in turnover in a bid to protect jobs and address the “extreme decline in supply”.

The emergency assistance package, which Ramaphosa said was “equal to the scale of the disruption”, cannot come soon enough for sectors of the economy which have been reeling from the restrictions. The wine industry has been hit by a domestic ban on alcohol sales during the lockdown and export restrictions.

Winemakers struggle
While winemakers have successfully pleaded for the right to continue harvesting, fermenting, bottling and exporting wines, Rydal Jeftha, managing director of the fair-trade certified Koopmanskloof Vineyard in the Western Cape, fears hard times. Only those with pre-existing orders for export can bottle and ship their product, but those like Koopmanskloof who have limited orders to fulfil from before the lockdown, when their product was maturing, cannot bottle their wine. A vineyard near Wellington in South Africa.

“Realistically and honestly, it’s tough to survive. I’ve already invested all our available resources into the harvest and into the wine. We’ve converted 3,000 tonnes of fruit into more than 2.5m litres and I’ve spent all the money to do that so now I need to sell to recoup… there’s no other option,” he says.

While the industry has been allowed to resume some international exports – which account for around half of sales – the continuing restrictions could have a significant impact on this year’s performance. Trade body Vinpro had said that if the complete export ban, which was overturned on 7 April, had remained in place, by 17 April it could have entailed a loss of direct export revenue amounting to more than $36m. Wine producers are now looking to the government to phase out all restrictions.

Zimbabwe’s troubles mount
Agricultural producers in neighbouring Zim­babwe, which was already economically stricken, face an even bleaker future. The IMF expects the Zimbabwean economy to shrink by 7.4% this year after President Emmerson Mnangagwa imposed a lockdown of at least 21 days. Bad news abounds – hundreds of doctors and nurses who work in public hospitals went on strike over a lack of protective equipment in the country’s decrepit health system, and the IMF is unable to offer emergency assistance to the country given its arrears with the World Bank and the African Development Bank.

The IMF expects the Zimbabwean economy to shrink by 7.4% this year

“We’ve been very much highlighting the complexity of the policy environment and the tremendous policy constraints that the government has in terms of being able to mount the kind of response that other countries, to whom we will be able to lend, can,” said Abebe Aemro Selassie, director of the IMF’s African department in a press conference. “So, it is a case which we worry about and [we] are doing our utmost to get the support that Zimbabwe needs from development partners.”

That leaves the government with few resources when it comes to economic support for beleaguered sectors, including the promising but troubled macadamia nut export sector.

A slump in exports to China threatens the sale of the lucrative nuts, which are farmed in Zimbabwe’s eastern regions. Annually, the country exports at least US$4m worth of macadamia. But the reduction in flights and stricter export regulations have made it harder for farmers to sell their harvest.

James Maisiri, a farmer in Chipinge and head of the Macadamia Association of Zimbabwe, says global restrictions on cargo and a decline in demand are a setback for the nut farmers of the eastern highlands.

“We are coming to the end of the harvest period, but now we need to process our produce for export. We’re facing challenges because of electricity cuts which slow down the de-husking process. We have completed orders which are waiting for export to China, but we can’t send them now because of the coronavirus. Now we don’t know if the orders will still be there after these stages of the coronavirus [and lockdown] have passed,” he explains.

“[A]s one of Africa’s biggest trading partners, the effects of Covid-19 in China have already been felt in the continent. With China having shut down its manufacturing and closed its ports, there has been a resultant decrease in demand for African commodities. Importers in China cancelled orders due to port closures and as a result of reduction in consumption in China,” she said.

Border closures
Analysts say difficulties in exporting to China could force Southern African exporters to reroute their produce to other markets. But the suspension of most economic activity has meant only formal transporters can move essential cargo such as food, fuel and medicines through much of the region.

One of Africa’s largest inland border crossing posts, Beitbridge, has shut down to all but essential cargo

One of Africa’s largest inland border crossing posts, Beitbridge, has shut down to all but essential cargo. Normally, more than 25,000 people from across the region use the crossing point shared by South Africa and Zimbabwe every day. Jacob Makambwe, the secretary-general of the Southern African Cross Border Traders Association based in Zambia, says the closure of borders has been felt deeply by members.

“We are confronted by high costs of doing business as a result of border closures. The problems of our own internal economy [in Zambia] such as electricity and fuel hikes coupled with local currency depreciation, make it harder. So the transportation of goods will continue to be more expensive and uncompetitive in the region,” he said.

Prince Sibanda, a cross-border runner who plies his trade between Botswana and Zimbabwe, buying and delivering goods to Zimbabweans, is considering a change of work after suffering huge losses as a result of the lockdown. Sibanda anticipates the post-lockdown months will be tough as movement into Botswana could be severely restricted for at least six months.

“It will be hard to recover from this, I doubt I’ll be able to reach the level where I was because getting into Botswana will be tricky. After this lockdown I have to find other ways to make money, I can’t only depend on cross-border money,” he laments.

Little respite for small traders
While some governments have offered financial stimulus packages to cushion formal businesses from the impact of lockdowns, there is little respite for informal traders or farmers already reeling under prolonged droughts. Southern Africa’s governments may have to devise flexible economic recovery programmes and social safety nets that are more inclusive of the informal sector. Ensuring economic security may be the best way the region can stave off a looming recession. 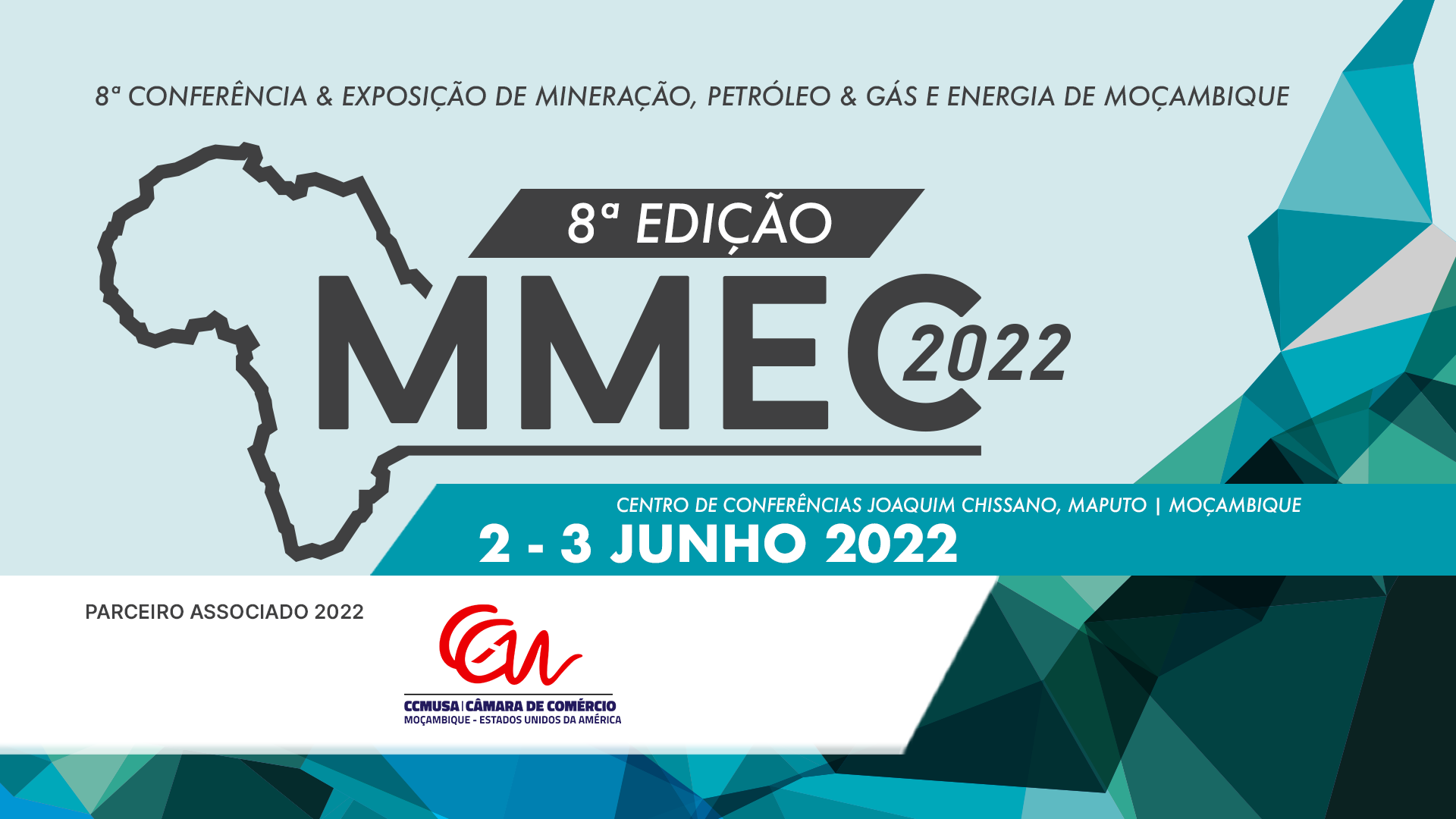